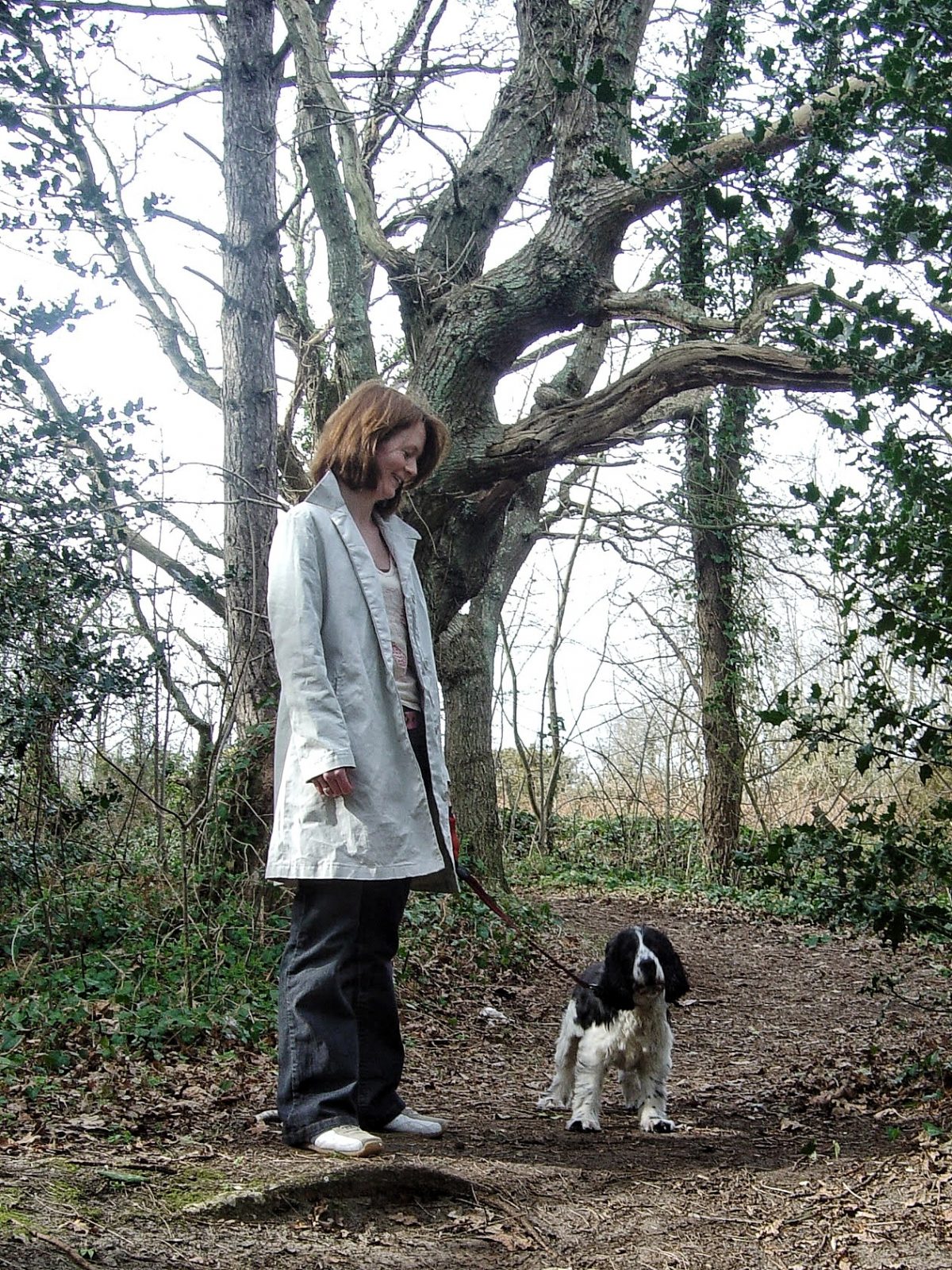 Went to bed last night. Heard you coughing as I was taking my trousers off but of course it wasn’t you. Because you died two weeks ago. Two weeks today. Two weeks already. It was Jojo coughing. He’s been sleeping in our bed now. When Jacob isn’t. Tried to get them both in there but they ain’t having it.

Two weeks. Fuck. Time’s just gone. And it’s so weird. Like, how everything just keeps going and, like, there’s nothing about you on the news. And there aren’t statues being built for you. And it’s just such bullshit. We’ve got your ashes. They’re in a nice box. On the table with the flowers Joseph picked. Looks good, with the Order of Service from your funeral. Doesn’t look too mad having it all out. I guess it will in a few years. Nah, we’re gonna scatter your ashes when it gets warmer because you don’t wanna be out there in this. It’s cold and grey.

What do you reckon of that photo we used? For the Order of Service? I think it looked great. Colette found it. Man, you could pose, you big poser. Your mum wasn’t keen, I could tell. Because when I found the other one, the one I got framed to go in front of your coffin, she texted me asking which photo to use for the Order of Service. Like we hadn’t already decided.

That other photo is great, too. Looks like a studio portrait but it was just a holiday snap from when we went to Saumur. All the photos of you are great. God, you were so gorgeous. Are. Were. £80 to get that framed. Going to get a lot more done. Have the house so it freaks people out when they come in. It was so good looking through the old photos. Had a load projected at your… forget what they call it. A wake but there’s a better name than that. A wake is what old people have. The thing with tea and cakes.

People kept asking me how I’m doing. I tell them I’m fine. I really mean, well, not dead. Like when they asked about you. When you weren’t dead. How’s Fiona? Oh, she’s fine. She’s not dead.

Jojo’s a bit of a mess. Sometimes. Mood swings. What’s new there? Schools have been really good though. Got flowers from his headmaster and his form teacher was at the funeral, apparently. I didn’t see anybody there. Just wasn’t looking. Loads from Jacob’s school were there.

I hope you liked your funeral. I know you were really a closet religious fruitcake. Hope that’s paid off for you. But punch God in the dick from me, for putting you through all that. Hope there is a Heaven. Because if anybody deserves it it’s you. I’d have done it different, the funeral. Just stood up and went, “this is all totally fucked and doesn’t make any sense” and shook my head. Because it doesn’t. You dying. I’d have had The Beach Boys singing Darlin’ there too. But that would have been selfish.

Hey, you’d have been impressed just how upset Jacob was when you conked out. Cried for a long time so there’s hope for him yet. Wasn’t sure he was going to grasp it, you know? He did. I think he’s milking it at school though. When he went back he said he got a pretty simple maths sum right and all the other kids gave him a round of applause! So since then he’s been pushing it and taking his unicorns to school. Reckons he’s allowed but I don’t see any other kids with cuddly toys. Joseph has started carrying around a little bear thing you gave him and reckons he doesn’t have to do homework any more. Hope the big kids don’t spot his cuddly-dudley. But they’re doing good. Zelda has kept them very busy, you’ll be horrified to hear. And old Bob’s Burgers. Jojo wants me to open a burger restaurant. Because I can make make burgers. Sounds like as good a plan as any.

When you died, that day, I let the kids each have two swears. Jojo got off two good ones, including the F-bomb but Jacob panicked and went with ‘crappy crap’. Poor little guy. Should give him another go. But then Jojo will want another go and where does it end?

I only told them the day before that you ‘might’ die. Because you were looking like you’d had enough. They were there, right? At the moment. I kept them off school. Jojo wrote a letter to go in your coffin. I hope you got it. Took it to the funeral directors the day before the funeral and I was all, “don’t find this on your desk on Monday!” I didn’t read it. I guess his spelling was as atrocious as ever.

He heard me talking about what you wanted for the funeral. Thought you’d spent a long time planning it. Said it was really sad but I told him it wasn’t like that.

Coffin was nice. Wicker but not weird wicker. Didn’t know they did those. I picked the right clothes for you, didn’t I? Pretty good of me, I thought. They wouldn’t let those shoes, the kids shoes you kept, go in the coffin. Rubber. Burn the whole place down.

Didn’t come in to see you that week in the Chapel of Rest. Because…

So you were right, our letters were in the attic! Like you said whenever it was windy, worried the roof was going to blow off sending them everywhere. Was sorta worried there’d only be a couple I sent to you. And I hadn’t kept the ones you sent to me, but I had. And I’d sent you loads. I don’t remember keeping them. I can’t remember which container I would have kept them in as I moved from place to place until we eventually lived together. In Le Geyt Street first. A shoe box, I suppose. You probably sent me more but it’s not a competition.

Anyway, yeah, your letters. That whole time. You being in London. Me here or in France. There’s a whole box full of them. When I go to look at them, in the evening, Joseph comes in a puts a hand on my shoulder. Think he’s just worked out you were my girlfriend and wife and love, as well as being his mum.

I make Jacob a hot-dog for lunch. Jojo picked a scotch egg! The hell was he thinking? Like he was going to eat it. Came back uneaten three times. So I ate it. It was horrible. Probably get a visit from social services.

Made them toast for breakfast but the jam had gone wrong. That happened to you. It was in one of your letters. Didn’t think jam could go wrong but I guess it’s me using a buttery knife. In your letters you say you’re Fiona-Jane. With a hyphen. Fuck knows why I always called you Fiona. Still don’t know what you ever got out of decaffeinated coffee.

Threw away all the medical shit that’s been in our room. And the fridge is nearly empty of protein shakes and smoothies. You must’ve been sick of them, huh? Like the last two weeks those previous four months just went (clicks fingers). And the eight years before that. Just gone. And the years before that I need photos and video and letters to remind me that they actually happened.

Don’t know what you thought of those videos I put on when you were in that horrible bed. A horrible bed they insisted you have, by the way. I wanted you in our bed. But I hoped they did you good seeing them. Not sure they did me. You with the hiccups. Probably the happiest we ever were. The most relaxed. In Becherel, I think it was. Seeing that video it hit me that that person there was the same person dying in the bed. The exact same person. Fucking hell.

We should have gone through the letters and watched the videos when you were alive and had a laugh. Why didn’t we do that?

I fucking remember saying, when you were diagnosed, that the worst thing we could do is sit around waiting for the inevitable. Yet that’s exactly what I did. I don’t know if we could have done anything different. You know? We’ve got kids. It’s not like we could have gone around the world. It could have been better though. I could have been better. I’m just not good with stress. You know? You do know. I don’t know how you did it. Lived with being ill for so long without going fucking ape-shit. Because it’s just so fucking unfair.

Reading the old letters. Would have been so simple to not get married. You could have stayed in England. Become a big-time movie producer. Broke my heart. I’m so glad you didn’t. Because nobody could love you more than me and the boys do. Nobody on Earth. You went through more than anybody should ever go through and without a happy ending. 20 years together.

Another 60 years together would have been nice. Or 60 days.

Soup’s in the cupboard. Bisque. That one we got in France. Probably eat it one day. Dunno, though. Won’t enjoy it. Without you. Yeah, I know, feeling sorry for myself! But it’s true. All your stuff is everywhere still. Had to find your birth certificate and our marriage certificate, for Social Security. Hats off for you putting them all together. I’d never have found them otherwise. Got your death certificate now too. You’ve got the full deck! So that’s something. Anyway, look, I got you a website (they don’t just give those things out – Bob’s Burgers). It’s not a statue and I know I rolled my eyes whenever they had some person writing about their dead spouse on TV, but I’ve got to do something. And I can’t be bothered running a marathon at the moment, or starting a foundation. I’ll think of something good to do.

Oh hey, I’ve started wearing your hats! They suit me.

I fucking love you, Fiona-Jane